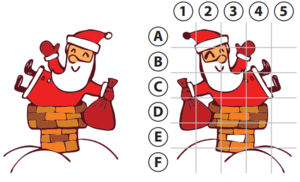 Find the differences between the two pictures.

(Example (one of the images are mirrored) from PGP IB)

Unidentified. The words "spot the difference" being used as a name for a puzzle type can be seen in a magazine from 1969 (Advertisers Weekly: Organ of British Advertising, Volume 240), according to Google Books.

The first puzzle from the first round of the first WPC (WPC 1992) was a Spot the Difference puzzle. It asked which of the images were the correct mirrored image of the sample.

Retrieved from "https://wpcunofficial.miraheze.org/w/index.php?title=Spot_the_Differences&oldid=1908"
Categories:
Cookies help us deliver our services. By using our services, you agree to our use of cookies.