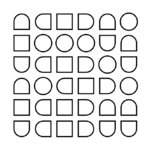 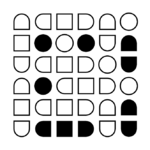 Possible placements of the Battleships fleet is given. Ships are oriented horizontally or vertically and they don't touch each other, not even diagonally. There cannot be any ship segments on water marks.

First appeared on WPC 2000/Part V, Battleships variations round. The author of the puzzle was Erich Friedman (USA).

Retrieved from "https://wpcunofficial.miraheze.org/w/index.php?title=Retrograde_Battleships&oldid=2316"
Categories:
Cookies help us deliver our services. By using our services, you agree to our use of cookies.