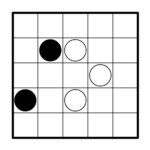 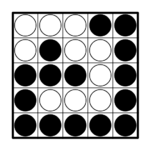 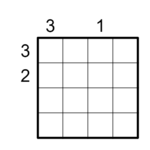 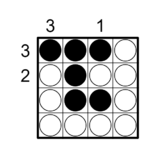 Appeared on WPC 2019/Round 2. Author was Jürgen Blume-Nienhaus (Germany).

Divide the grid along the grid lines into two parts, so that within each part all cells must be connected, and each cell must belong to exactly one part. No 2×2 square is located completely within one part. The numbers outside the grid indicate the longest contiguous block of cells in the respective row or column that all belong to the same part.

(Rules and example from WPC 2019 IB. Note that the rules don't specify colour of the region)

Retrieved from "https://wpcunofficial.miraheze.org/w/index.php?title=Yin_Yang&oldid=2510"
Categories:
Cookies help us deliver our services. By using our services, you agree to our use of cookies.